Believe It Or Not, Ripley’s Staff Surprised By Lord Vader Visit 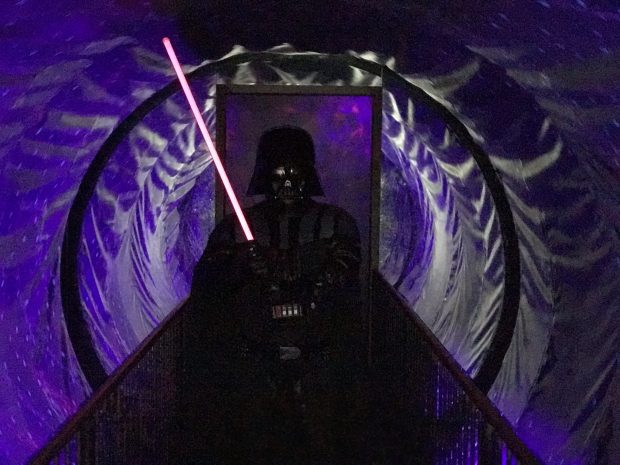 New York- The Dark Side came to Times Square on Wednesday, October 24th as Star Wars enthusiast and Darth Vader tribute artist Will Weinland made a surprise appearance at Ripley’s Believe It Or Not! to visit an original Star Wars Lightsaber, the actual prop used by actor Mark Hamill, Luke Skywalker himself, in Star Wars: The Empire Strikes Back! 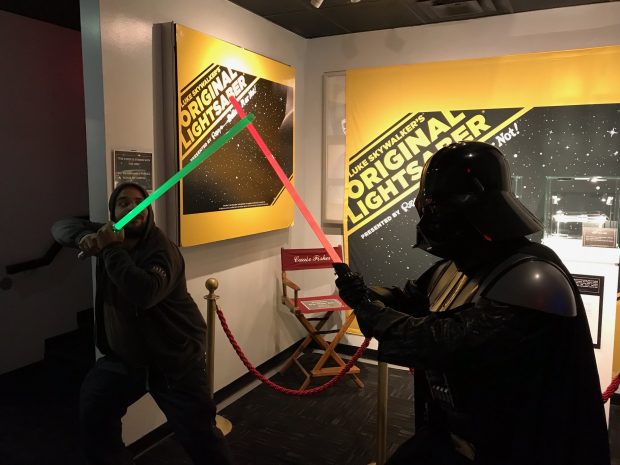 Believe it or not, this Lightsaber was constructed from a vintage 1930s Graflex camera flash gun. The handle still has the original Graflex logo etched into it. It comes from the archives of Gary Kurtz, the producer on the first two Star Wars films. Will Weinland, in his film-grade Darth Vader costume,  tried, unsuccessfully, to use the power of the force to levitate the lightsaber. He then engaged in a spirited lightsaber fight with several of Ripley’s fellow visitors including Contemporary Krampus author Mike Drake.

Edward Meyer, VP of Exhibits & Archives for Ripley’s Believe It or Not! acquired the screen-used prop lightsaber at the Profiles in History Hollywood Auction on June 28, 2017, for a staggering $450,000! 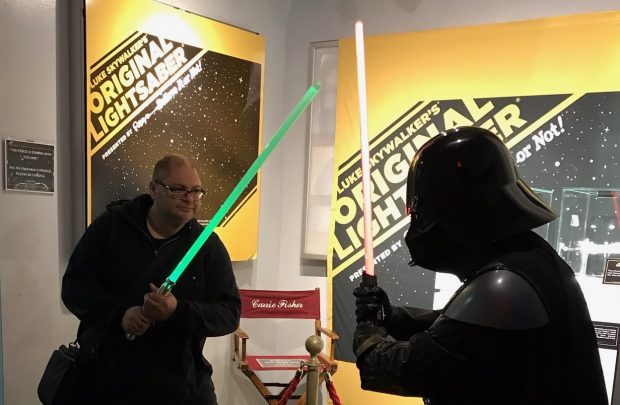 The lightsaber will be on display at Ripley’s Times Square Odditorium through November 1st. Don’t miss your chance to see one of the most iconic props in movie history. In addition to Lightsaber, Ripley’s will also be displaying other unique Star Wars memorabilia. More information here: https://ripleysnewyork.com/a-galaxy-far-far-away-comes-to-times-square/ 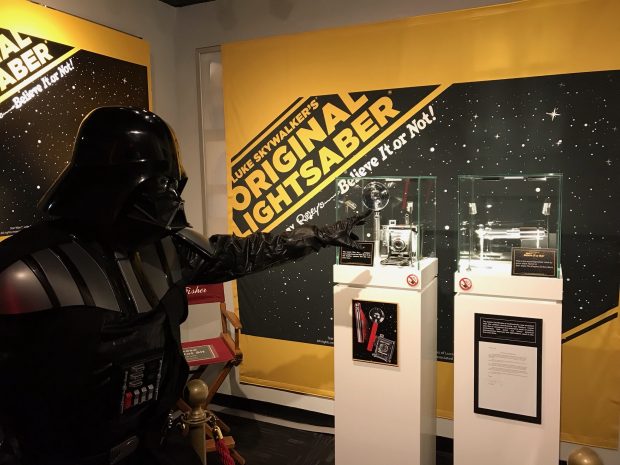 Star Wars®, Lightsaber®, The Last Jedi, The Empire Strike Back, Princess Leia®, Chewbacca® and C-3PO are trademarks of Lucasfilm Entertainment Company Ltd. LLC and/or Lucasfilm Ltd. LLC. Lucasfilm is not affiliated with, endorsing or sponsoring this display or press release.

Will Weinland, in Vader gear, attempts to use the power of teh force to levitate the iconic prop 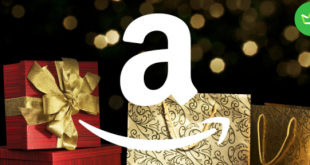 So, we’ve been thinking over the past few weeks. Should we make it a $10 …