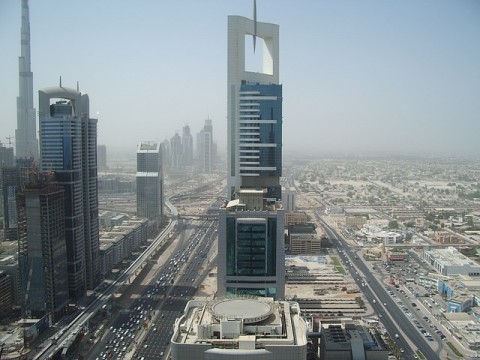 Ras Al Khaimah – internationally know as RAK – is only one-hundred kilometres away from Dubai and is located in the north east of the United Arab Emirates (UAE). RAK is connected to Dubai through a modern highway and a number of smaller streets. Ras Al Khaimah shares a border with the two emirates of Fujairah and Umm Al-Quwai, the sultanate of Oman Musandam and Sharjah. Ras Al Khaimah is also the part of the United Arab Emirates whch is located the nearest to Iran. The haven Mina Saqr of Ras Al Khaimah is only one hundred kilometres away from the well known haven of Bnadar Abbas.

Even if RAK is one of the smaller emirates in the UAE, it is one of the most important. In the past Ras Al Khaimah used to be the centre of traditional ship building and trade because of its great location. And today it became a center of tourism.

Since 2003, the government of RAK invested heavily in education and public utility companies and pursues an economical diversification through the support of industrialisation and the tourism in the emirate. Ras Al Khaimah made big progress in becoming the destination for international investors and a tourist attraction hotspot for the golf region in the last years. Because of its diverse landscape, its natural coast the dessert and the wonderful wadis and oasis’ Ras AL Khaimah snatched rank six on the Top 20 list of middle eastern cities. It was voted number one for the most attractive city for foreign investments by the famous FDI magazine (financial times). AbuDhabi and Dubai came in second and third.

Company formation is very easy, some companies like Privacy Management Group a Registered Agent and Official Service Provider of the RAK Investment Authority helps to Setup an Rak Offshore Company and including bank account opening services.

The locations in the RAK free trade zone

The RAK free trade zone has four locations in Ras Al Khaimah which are located in the business park, the technology park, the aviation park and the education park.

The business park is located in the centre of the business district of RAK and consists of the administrations building and four other very modern buildings.

The industrial park is located directly at the coastal road opposite to the island of Hulaylah which is approximately 18 kilometres to the north of Ras Al Khaimah. Furthermore, the industrial park is situated near the haven of Sar Pontand has a total area of 128 hectares. The industrial park was founded for companies with a high energy consumption, heavy industries and warehouses. Here you can find a customs office and a office for technical and administrative support. Additionally, the industrial park provides living opportunities for a lot of workers.

The academy zone is located near the business park and houses international education providers which offer academical programs and further education in Ras Al Khaimah and in the United Arab Emirates.