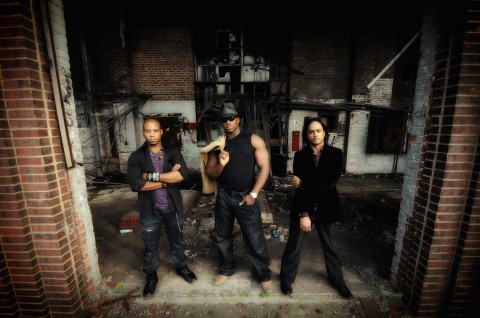 ARJUN, the three-piece instrumental band from New York, has been trailblazing their own hybrid of rock and improvisational jazz since 2003. Made up of Eddie Arjun Peters (guitar), Lamar Myers (drums), and Andre Lyles (bass), ARJUN fuses the power of rock with improvisational alternative jazz, resulting in a delicate balance of intricately crafted melodies backed by powerhouse musicianship. After signing with Pheromone Records in 2006, ARJUN released their debut album PIECES, followed by 2013’s SPACE. SPACE, the critically-acclaimed first in a three-album trilogy, is a sonic dreamscape of fluid improvisations which were conceived and recorded organically. The album’s opening track, ‘Orion,’ features legendary percussionist E.J. Rodriguez (The Jazz Passengers, Sean Lennon, Medeski Martin & Wood, Marc Ribot Y Los Cubanos Postizos, D.J Logic…).

Jeff Coffin is an internationally recognized saxophonist, bandleader, composer and educator and has been traveling the globe since the late 20th Century. He is a 3x Grammy Award winner from Bela Fleck & the Flecktones and played with them from 1997-2010. In July 2008, Jeff began touring with Dave Matthews Band, and officially joined the group in 2009 following the tragic passing of founding member LeRoi Moore. When not on the road with DMB, Coffin fronts his own group, Jeff Coffin & the Mu’tet.

You can also download a free song (“Crystalline“) off of that album(CORE).