The Most Electrifying Cold War Era Escape Story Since Alcatraz. 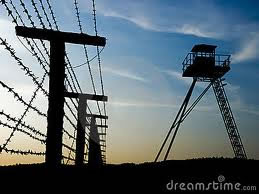 LAS VEGAS – In 1985, a 19 year old Czechoslovakian man decided he had seen enough of the brutal Soviet-backed communist regime, and chose to risk his life to pursue the dream of freedom in the West. That quest, chased by Daniel Pohl, is chronicled in his autobiography, “Extreme Zip Lining.”

Pohl’s life is chronicled in great detail, from his childhood witnessing his father imprisoned for striking a Communist Party official, to turning into a divergent spider man, to his harrowing failed attempts at escaping the grip of the Iron Curtain, to his eventual escape to freedom and into the life of a European sensation, which at that time was just as popular as todays conflict in Ukraine..

“Extreme Zip Lining” goes beyond the backstory, giving readers a glimpse into the origins of what is now a recreational activity for thrill-seekers worldwide.

Fans of zip lining will appreciate the technical challenges Pohl and his friend encountered using 380 kV power line, as well as the insights into what failed and why. Followers of the 1980s era of history will be entranced by the description of life in a Soviet satellite state, and the contrast in life between Eastern and Western Europe during that era. Political enthusiasts will marvel at how Pohl’s decision was influenced not just by his father’s incarceration as a political prisoner, but the lessons of the mysterious Mr. Stritecky, a political dissident who educated Pohl in many areas, including English, Latin, the scriptures and non-approved political theory.

“Extreme Zip Lining” is available on Amazon.com and through a link to Amazon on Pohl’s own website. Contact information for Daniel Pohl is listed below.

Daniel Zdenek Pohl, author of “Extreme Zip Lining” continues to pique the interest of thrill seekers worldwide with his knowledge and experience of the sport of Zip Lining. He currently resides in Las Vegas with his wife and family. His zip line pulley remains at the museum at Berlin’s infamous “Checkpoint Charlie,” located along the former footprint of the icon of the Cold War, the Berlin Wall.