Game of the thrones written by real history 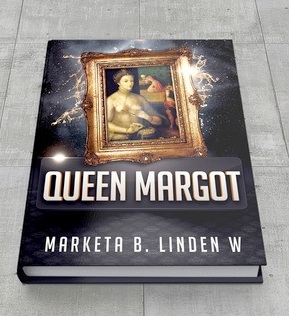 Gritty reality of the 16th century in France with love, passion, opulance sits side by side with dirty streets and intrigues is featured in the first historical novel Queen Margot by MBLW. The reader is instantly hooked by drama around Margaret of Valois, the daughter of famous Catherine de Medici, who survived all her three brothers kings and religious wars between Catholics and Hugenots. The book has good historical accuracy and smooth ride taking the reader into the world of intrigues similar to Game of Thrones. MBLW has good grip on the facts, writting skills and lightness to tell the story to everyone without knowing too much from history in similar way like David Attenborough. Perhaps Simon Sebag Montefiore has his successor waiting under the wings but young writer reminds more documentarist Attenborough who is able to make boring topic easy to digest and become popular. MBLW is big talent of historical fiction, filling knowledge about the period of the religius wars in France with vivid scenes than dry facts. The story pops up before our eyes and the characters are so raw, so strong that you cannot to help but feel as they do. MBLW weaves great storyline written by history and private life of Margot, she portraits her well, forcing the reader to be a bystander which was also a position of Margot in the turmoil of cruel years and the way which saved her life. Margot seems to be a woman of strong character, with love for fun and men, created from flesh and blood as the heroine of drama narrate well and full of details, also interesting facts spread across the book. Margot married in arranged marriage with Henry of Navarre in red, just before cruel St. Bartholomew Night, she survives all her brothers as last Valois kings and sees a son of her husband sitting on the throne of France, dying in white. Her husband is hated by her as stinkie man without manners tarnishing her black silk bedding and we learnt that the bad odour will be covered by famous French parfumes ages after Queen Margot’s death. English Queen Elizabeth I enters sometimes the scene as oposition of French love for mistresses and triangles, seen in present French politics, also the economic gap between UK starting manufacturing and France basking in luxurious life and strict doctrines with lose morale.

MBLW as tolerant Brit leave a lot of room for the reader to make own conclusions, the dynamics are based on the dialogues and her Margot survives well bad times of power play, when political tides meres and shifts. Margot finds her own source of power and influence in age of elabortate web of alliances, clash of ideologies, love, passion, power struggles, killing and scheming. She saves her skin and lives her own life, supporting arts. Margot’s character is based on historical events, good research than romance and black and white vision seen in the work of Phillipa Gregory and her Tudor saga or historical fabrication by Alexander Dumas who is one of the few writers covering life of interesting female wallstar of 16th century alongside Elizabeth I and Catherine de Medici. MBLW likes strong women but she skipped one side of the view, also Catherine de Medici is featured as the woman who tries to save throne for her three sons and stay afloat during religious wall than a monster with clock and dagger and poison or celebrated heroine from the commoners like we see it in the books of Phillipa Gregory where royal born Margaret of Beaufort, the grandmother of Elizabeth I, so similar to educated Margot, but different in virtue, is portraited as calculating cold woman compared to a commoner Elizabeth Woodville who achieved the throne for her beauty by marriage with Edward IV. British reality was different to French court where mistresses seized huge power after hundred years later compared to UK where Elizabeth Woodville as legitimate upstart wife and her family meddling into the mechanics of the kingship is hated and her family ends in tragedy. Queen Margot is compelling account of scandalous and tumultuous life of Margaret of Valois with backdrop of religious wars and intriques, she proves herself as master historian with writing talent for popular historical novels with accessible narrative, amplified by extensive dialogues, taking you on time travel with raw power of history itself: compelling, complex, and relentless.