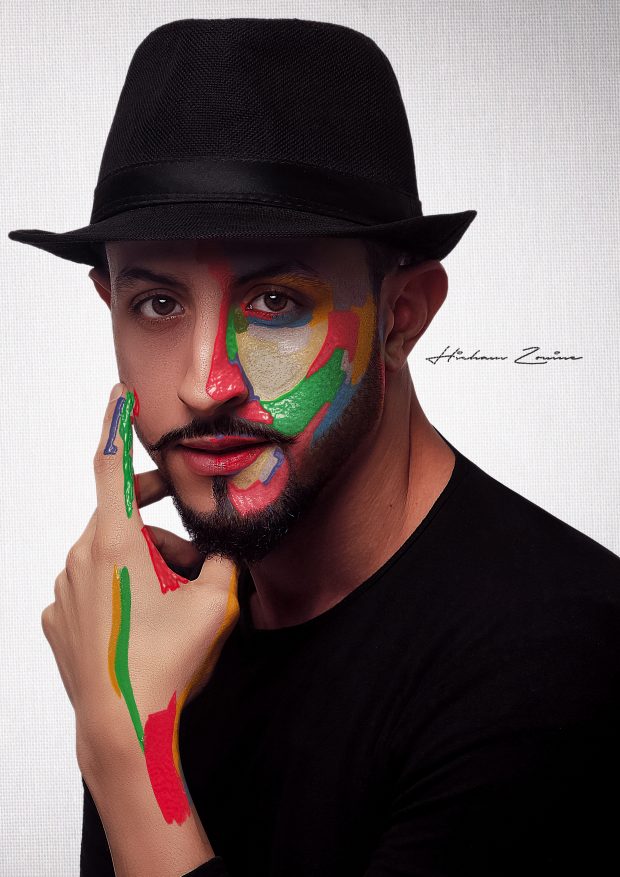 Hicham Zouine is one of the stars of the modern art world. Zouine, who has had an interest in art since an early age, has proved to be one of the most successful and thought provoking artists of the 21st century. Let’s take a closer look as his early life, his career, and the inspiration behind his critically popular artworks.

There are few painters alive and working today who have exhibited work like Hicham Zouine. Hicham Zouine was born in Casablanca, Morocco, his home city where he lived and studied for the duration of his childhood. He first began painting when he was only a child, and this interest continued into his adult life, where he began to be active in the professional art world.

Zouine has had a prolific art career with both popular and critical acclamation. His paintings have been exhibited not just in his home country of Morocco, but all over the world, in various festivals, exhibitions, and other celebrations of painting and art.

Some of his most notable exhibitions include the Women’s National Festival in Morocco, as well as various notable art exhibitions in countries like France and Egypt, which are renowned for their art. He was even lauded as a guest of honor at the famous Ibn Battouta International Festival, a festival that celebrates the arts, literature, and international travel.

The Inspiration Behind the Art

But where, exactly, does Zouine get his inspiration from? His primary inspiration is found in women. He finds inspiration in women from around the world, and each painting tells the story–a real story–inspired by a real woman. For example, one of his most well known paintings is “The Alchemist.” The painting was inspired by the true story of a woman who beat cancer. It is in this story, and so many others, that Zouine finds his artistic inspiration. His art style is particularly unique because it uses the famously difficult figurative abstract technique, as well as fauvism in his paintings of real life women.

Hicham Zouine is not just a world renowned painter who exhibits his pieces internationally for critics and art lovers alike.. Zouine also teaches drawing and painting at various training centers and schools, with a particular focus on teaching children with special needs who can use painting, drawing and art as a form of therapy. Art therapy is an excellent therapy for many children with special needs, as it allows these children an outlet for expressing themselves and learning how to improve motor function, temperament, and other developmental skills.

The career of Hicham Zouine is far from over. As Zouine continues to draw inspiration from real life women from all walks of life, he will continue to produce thoughtful, provoking pieces that make art lovers, art critics, and people around the world think and reflect on their own lives–and, of course, the world around them.