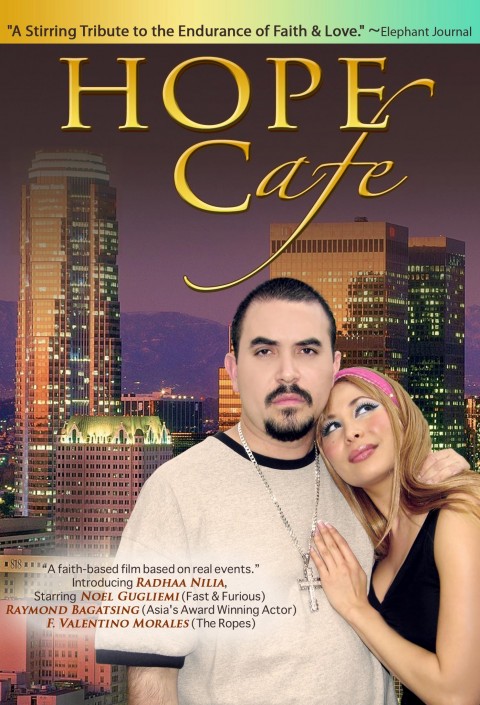 “I’m honored to be invited to show Hope Cafe at the Golden Door International Film Festival, and especially to be considered for the Women In Film-Alice Guy Blache Award. Alice Guy Blache was not only considered the first female narrative film director, but also thought to be one of the first fiction film directors of either gender”, says Ms. Nilia, owner and founder of Radhaa Nilia Productions, “an incredible role model for female directors everywhere!”

In addition to her own role as director, Radhaa also plays the female lead, Jade, in her new film. “Hope Cafe is a story about second chances”, says Ms. Nilia,

“not giving up when the going get’s rough. Jade has just that kind of resilience. It’s an enduring and enjoyable story.”

Don’t miss the opportunity to see “Hope Cafe” and meet Radhaa Nilia, who’ll be in attendance to present her film.