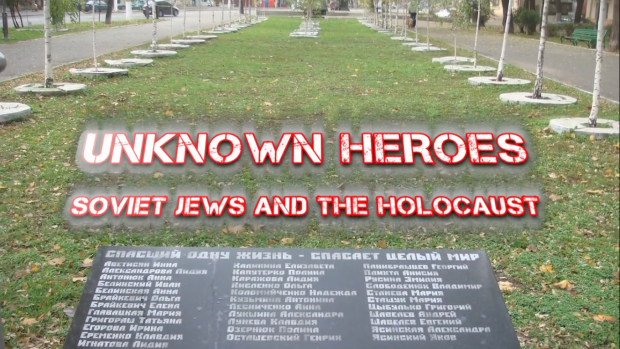 While the Holocaust in general has been covered in a plethora of different media and most people are aware of the atrocities it entailed, the genocide of Soviet Jews at the hands of the Nazis is far less well-known. Award-winning New York-based Ukrainian-American producer and director Mikhail Gershteyn is on a mission to change this and give those who survived a chance to tell their stories. Gershteyn is a second-generation Holocaust-survivor and has suffered his fair share of antisemitism, being beaten, bruised, insulted and degraded by his classmates before even reaching his teenage years. After speaking to a Jewish-Ukrainian Holocaust-survivor he met in the U.S. and hearing how she had escaped multiple times from labour camps only to be returned there by local nationalists, he knew that experiences like hers needed to be shared.

Gershteyn is currently raising money via the crowdfunding platform Kickstarter to create a documentary that lets Soviet-Jewish Holocaust-survivors tell the world know what they were forced to endure. It will include testimonies like that of Isyaslav, whose grandfather was killed in front of his eyes in a camp near Vinnisita in the Ukraine and who witnessed “black Saturdays” on which SS soldiers came to the camp and forced elderly men into small boats that were driven to the middle of the river. Overloaded, boats flipped and dozens of men fell into the water. Those who could not swim drowned, and whoever could swim and tried to get out was shot dead. This is but one of the horrifying stories he seeks to share.

Given the worrying resurgence of antisemitism in recent years, this documentary is of paramount importance, as he who forgets history is doomed to repeat it. It has been 20 years in the making, and Gershteyn is currently seeking $10,000 to go towards finishing it and getting it out there. The film will not only depict one of the most horrible events in history, but also uncover a page in the history of Holocaust, the story of Russian Jews. Gershteyn would like to tell the American and international public about the life of the Soviet Jews before, during and after the war, through the stories of people who were treated without respect not only by the Nazis, but also in many cases by the Soviet government. You can check out its Kickstarter page here.