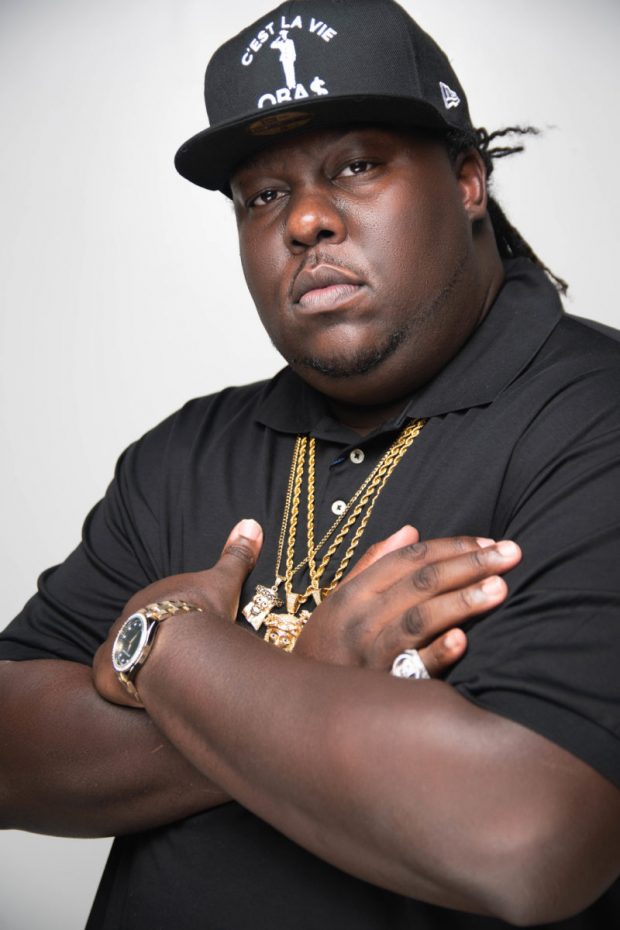 Mycall Obas was six years old when his mother sent him to Haiti to live with his grandmother for the summer.

His visit occurred right at the time of the U.S. embargo against the country.

What was supposed to be a summer visit soon turned into a 3-year stay.

Obas remembers Haiti when it was around 100-degrees: tropical climate and no food. His grandmother would take grains of salt and put it under his tongue before sending him to school.

There was also political turmoil and Obas said it would make an average man become a thug by human nature.

Obas experienced extreme poverty and violence from an early age, but managed to overcome those obstacles and focus on music much later in his life.

Obas says this upbringing helped him forge inner fortitude and an innate toughness.

Meanwhile, Obas says he prioritizes empathy and kindness in everything he does.

In Obas’ highschool days, he had presence and flair:  6’4”, 300 pound athlete who was a natural in the spotlight.

When he began his career in early 2005, Obas quickly made a name for himself in the Connecticut battle rap circuit.

Obas has several wins in a row, which gave his early career the momentum.

He’s strategic about how he divides his time to ensure the quality of his music is always at its best. 15 years of experience means that Obas can set goals and attain them.

His ability to entertain crowds and market himself also became an asset early on in his career.

Obas uses his earliest experiences to connect with his listeners just like the artists that influenced his own music.

One thing that sets Obas apart is that he doesn’t glamorize street life. He prefers to paint a realistic picture that resonates with people who have lived that experience, and warn others who haven’t.

His 2018 release of Concrete illustrates this perfectly: “Doing wrong praying for right, we were just trying to eat. Never forget our upbringing, we came from concrete.”

Obas is also a versatile emcee with a battle-tested lyrical ability. He can think fast and has a talent for words.

He encourages people who are still on the streets to clean up their act, get their finances in order and work towards their goals.

One of Obas’ greatest goals is to leave a legacy in his community as well as a financial stability for his children.

To learn more about Mycall Obas and download his latest music, you can visit his site at: www.iamobas.com