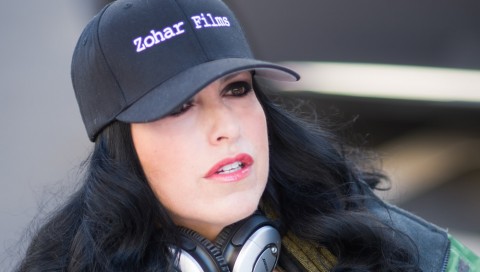 Sicklerville, NJ, September 5, 2014: On-Ride Entertainment, LLC. announces that Writer, Director, and Producer Mylo Carbia has been attached to the Night of Thrills feature film as a Co-Producer. Mylo brings many years’ experience to help make Night of Thrills a success. Pre-production started on Night of Thrills on August 15, 2014 and Mylo comes on board effective immediately and will Co-Produce the project through completion. Mylo will assist in casting, funding, and final script development.

“It’s my pleasure to join the project,” Mylo stated when she joined the project on Thursday evening. On-Ride Entertainment is very happy to have been able to attach someone of Mylo’s caliber and experience for such an exciting film. The budget for Night of Thrills is still being finalized. Once budgeting has been completed, the project will move into a winter-long funding period to raise the final amount of funds to enter production and post production. Stay tuned for more updates on Night of Thrills.