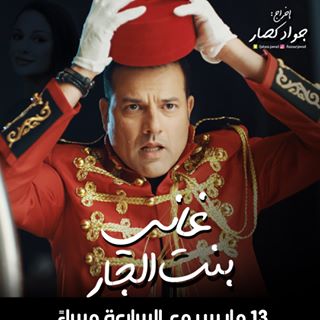 Rhany Kabbadj, legendary Morrocan musician, has finally returned! His latest song Jabni Mjiba has been viewed more than 13 million times on YouTube, and now the Ricky Martin of Morocco is back with Bent El Jar (The neighbor’s daughter)!

Rhany Kabbadj, was born in Marrakech in 1972 to a Moroccan father and Franco-Algerian mother. He was enamored by the world of music very early in life, taking up several instruments and vocals as a child. At the young age of 17, he left Morocco to pursue a career in music in Tunisia, and his talents were quickly recognized by the flourishing musical community.

In 1998, he performed a groundbreaking duo with Cheb Khaled at a concert in Marrakech, and this brought him critical claim and recognition across the region.

His first titled was composed and recorded in Washington in 1990. By 1997, Rhany flew to Paris to record his first album DABLET. He collaborated with many highly regarded musicians, finishing the album’s production in Los Angeles. Because of his love for Latin American music, specifically Cuban and Latin beats, he travelled to Cuba in 1999 with his producer to record his next album. This album, Alamtini, was recorded at Egrem Studios in Cuba, which is known for its high-quality productions and work with many well-acclaimed artists such as Compay Segundo, Ibrahim Ferrer, and Buenaventura. Rhany’s warm personality is the perfect complement to his music, which combines salsa and oriental rhythms in a unique, cohesive, and enjoyable package.

Harnessing his fascination with Latin music, Rhany has done a great job in uniting sunny culture and enthusiastic rhythms. The release of his greatest hits album in 1999 led to multiple performances in the most prestigious Parisian venues, including Bercy. After that successful tour, he set out to create another album in 2000. After a decade of hard work and production, Rhany was rightfully rewarded with the trophy for best North African artist in 2001 at the KORA AWARDS ceremony held in South Africa. 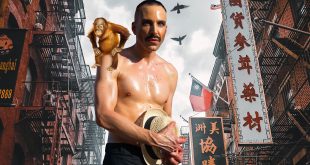 Van Hechter- that Montrealer with 2 songs charting simultaneously in the US!

Van Hechter is a late bloomer. For years he was an underdog, trying to find …