The Blitz Diaries: You’ve Never Seen a Graphic Novel like this Before!

English photographer Adam Barr has come up with a graphic novel like no other; instead of mere drawings, it features photos of characters in full costume acting out each sequence. The photos have effectively been transformed into comic book sketches. Barr has managed to negotiate the use of numerous different dramatic backdrops, including an aircraft museum, gritty and rusting mining vehicle museum, abandoned buildings, and a combine harvester graveyard. He also has access to genuine movie props, and promises to deliver a photographic novel with a truly cinematic feel to it. 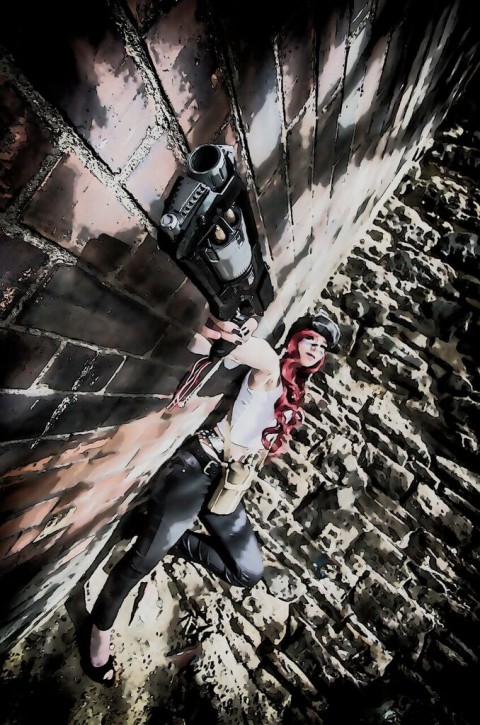 The novel, which will be entitled The Blitz Diaries, features a highly original plot involving a post-apocalyptic future in which the world is dominated by a devastatingly moreish street drug known as Blitz. A peaceful scientist called Red attempts to create a cure for addiction to this terrible substance, which has plunged society into chaos, only to end up sampling it and transforming into a masked killing machine. Images from Red’s life are interspersed with extracts from his diary, which starts off rational and becomes more strange and insane as the story progresses.

The Blitz Diaries promises to deliver a truly innovative graphic novel experience. It combines breathtaking photo-sketches with rich, immersive storytelling and an original plotline. It’s the breath of fresh air that graphic novels have been waiting for. Check it out for yourself at https://www.kickstarter.com/projects/adambarr/project-blitz