U.S. attorneys Miles, Stockbridge, and Berneche Pattison are under fire for defending a Hamas wanted terrorist. 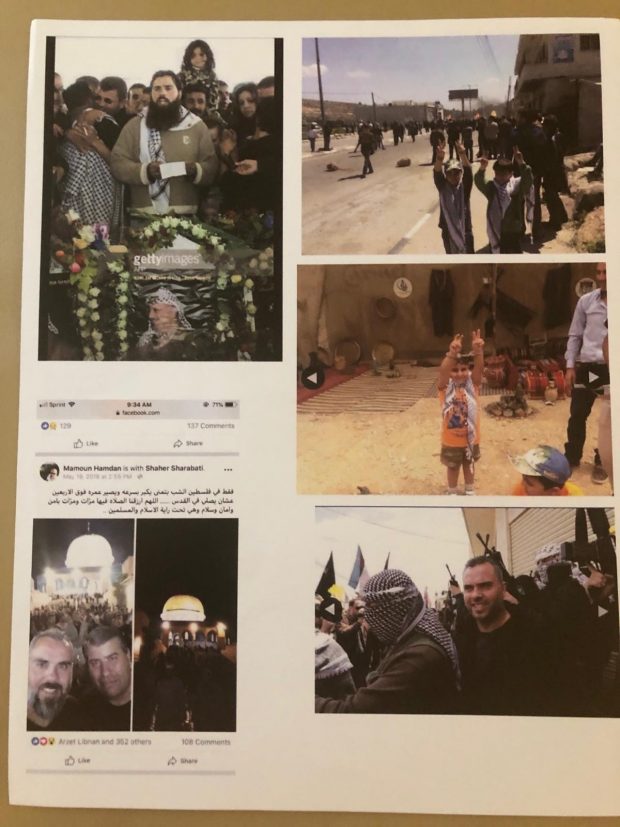 A terrorist who is wanted by the IDF. His name was previously listed as an active terrorist wanted by the IDF ; see list on following link
https://samidoun.net/2017/10/63-more-palestinians-jailed-without-charge-or-trial-under-administrative-detention/
When his wife Nafeeseh met him, she was clueless about his past. She has no idea that he has spent in years in Israeli jails for selling Hamas guns and ammunition.

The moment his wife became aware that her husband is wanted and is an active terrorist, she was able to save her children by fleeing to the United States where her family is. The mother believed that her children will be protected from this terrorist in the USA due to it being a country that doesn’t negotiate with terrorists. After almost two years of planning, patience, and stressful nights, the U.S. Visas were issued. The mother and her children were lucky to arrive to U.S. lands by the end of 2018.

While Nafesah was trying to start a new, normal life with her children after years of abuse while living with the father, she was shocked when she received a letter from
the court system, his lawyers Miles & Stockbridge and Brione Berneche Pattison, requesting full custody of the children. While she has been the sole provider for the children, the mother is on a tight budget. Though the situation was shocking and difficult on her, she was forced to hire a lawyer to defend her. Her family was shook due to the fact that Mamoun Hamdan is listed on the IDFs terrorist list with hundreds of photos and articles that connect him with Hamas leaders online, yet was still able to hire a U.S. attorny and request full custody of the children who were lucky to flee the abusive life the father had built.

We’ve been left to question how these law firms do their research and more importantly, are the United States government aware of the funds that were paid by a wanted terrorist? What is his source of income? How were the funds transferred? Nafeeseh is a loving, dedicated, protective, mother that has her kids living a normal life around their family, friends, teachers, in a safe atmosphere that will allow her and her kids to start a continue to live their new, stable life.