Zineb Ait Allal: Fashioning Her Way into the Future 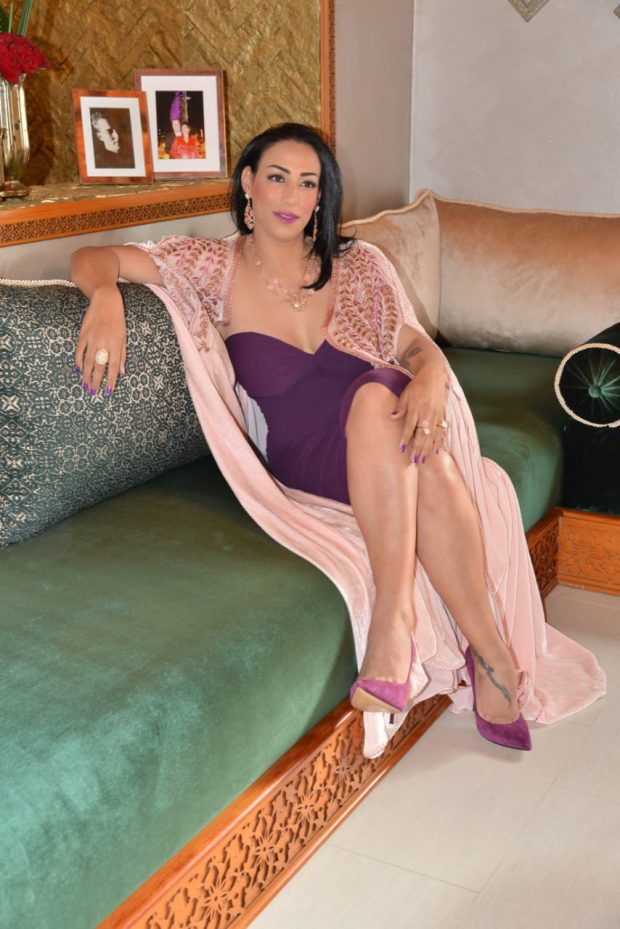 Zineb Ait Allal: Fashioning Her Way into the Future

Zineb Ait Allal is a fashion designer and interior designer whose broad current success is paving the way for a very bright future in the design industry. If you haven’t already spotted Zineb Ait Allal unique and groundbreaking designs, you will soon—because they change the way that people look at traditional Moroccan fashion.

Zineb Ait Allal was born in Casablanca, Morocco on February 4th, 1983. She as the last child of a large family, which she has said personally helped give her the ability to be more responsible and independant. At the age of 17 she decided to study at the Athenaeum School of Architecture and Design, located in Lausanne, Switzerland. It was there that she first became truly passionate about design as a whole, especially interior design, which led to her interest in fashion design. Over the years she has lived in many different places, including Switzerland, Germany, Monaco, Dubai, and even Spain. These broad cultural experiences have given her a better understanding of the world and the ability to market her designs in many networks.

She married a German lawyer, who works with her on the business side of things, as he is a business laywer. For a time, Zineb Ait Allal was a real estate lawyer who did design work on the side. In 2014, Zineb Ait Allal and her husband decided to move back to Morocco.

Zineb Ait Allal has a passion for motorcycles, both in her personal life and extending to her attending various motorcycle events in Morocco and abroad. She owns a Harley Davidson motorcycle which she enjoys riding.

Like every aspect of her life, Zineb Ait Allal’s design career strives for perfection. Her latest fashion designs are a striking blend of traditional Moroccoan caftan and modern design elements. Her newest collection is called Voyages; Voyages is an attempt to bring the caftan away from the hidden corners of Moroccan social events, where it is often only worn once at very specific receptions, and out into the public eye. As she often asked herself when thinking about the relatively scarcity of kaftans at social events: Why should they be so limited? In finding an answer to this question,

Zineb Ait Allal has created kaftan-inspired pieces that can be worn with casual fashion, such as jeans and a t-shirt, along with more formal fashions found at many different types of receptions. Her designs can be worn while sitting outside at a local coffee shop, or inside at a social reception, or even at home in your own backyard. They allow you to bring something traditional to your everyday clothing choices, rather than forcing you to leave them in the closet most of the year.

The success of “Voyages” is sure to set Zineb Ait Allal on a path to a bright future in the world of fashion design. Time will only tell what compelling designs she will release next—designs that are sure to take the fashion world by storm.